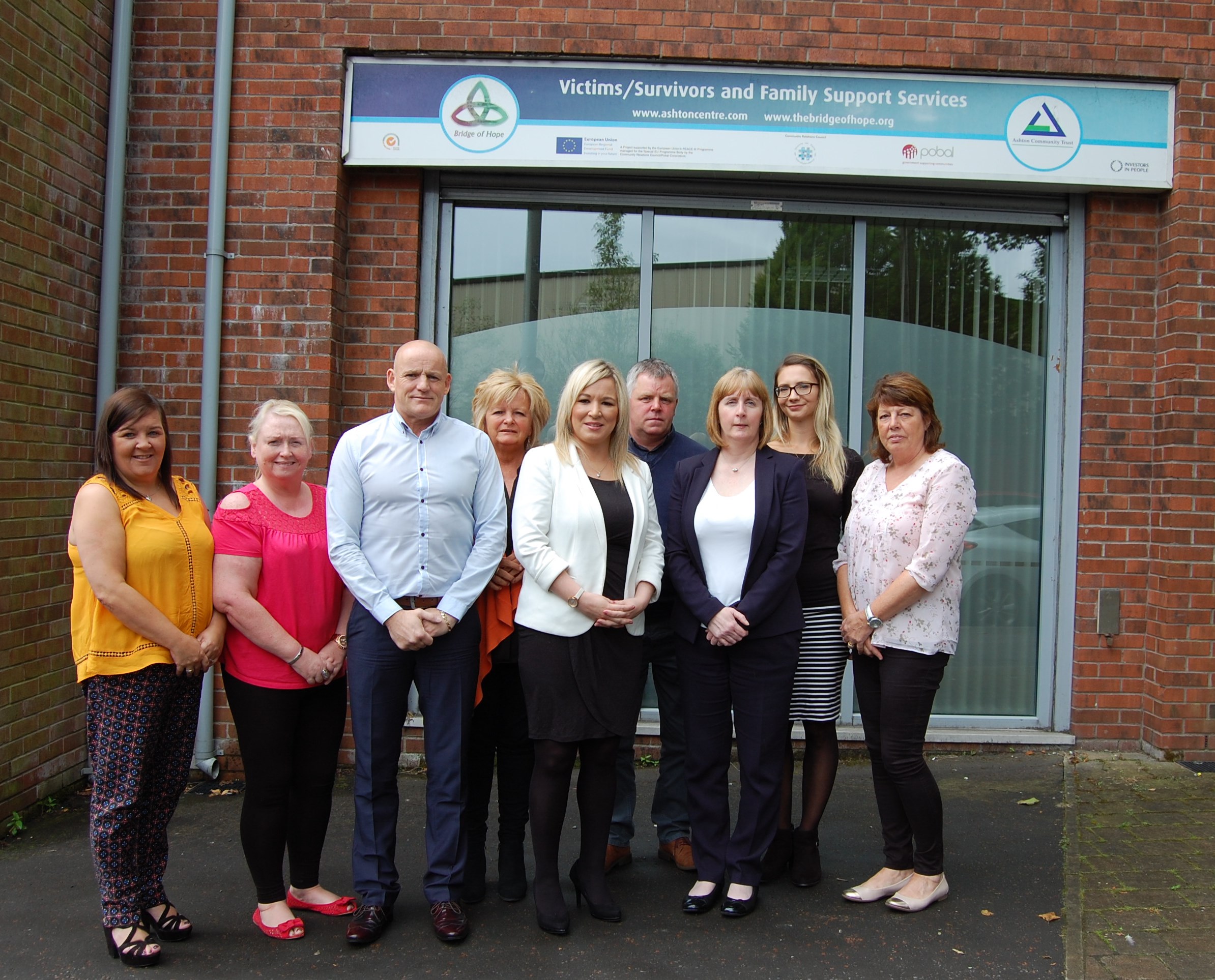 Health Minister Michelle O’Neill has met with community and voluntary sector representatives to hear about their suicide prevention work across Belfast.

The Minister visited Bridge of Hope, which assists people affected by the legacy of the conflict and encourages better health and wellbeing. The suicide rate in the north of Ireland remains high, with an average of 280 deaths annually despite investment of £7million each year, and Belfast experiences a higher rate than most other areas.

Minister O’Neill said: “I made it clear when I became Health Minister that I wanted to see a world class health system that tackles health inequalities and prioritises mental health.

“There have been 22 deaths due to suicide already this year in Belfast, with North Belfast particularly affected. I have been listening to the views of those working on the ground and I am aware of the pressures they face to protect those who are in emotional crisis.

“My Department and the Public Health Agency are working with community sector representatives to comprehensively review the suicide response in Belfast and to develop an improved response for those who are in crisis. This includes engaging with other agencies in the justice, education, youth and mental health sectors, together with political representatives and other government departments, to ensure that effective structures and services are in place to identify those who are at risk of suicide and to provide effective intervention services for these people and their families. The outcome of this exercise will determine the Protect Life Implementation Plan for the Belfast area from 2017 onwards.”

The Minister praised community groups for their vital work in delivering frontline support, saying: “I have no doubt that, through the unstinting efforts of community groups, alongside statutory services, lives have been saved. They are very often the first point of call for individuals and their families when facing daunting circumstances.”

Concluding, Minister O’Neill said: “I would encourage people to speak to their GP if they have concerns about their mental wellbeing. Anyone who is in distress or despair can contact the Lifeline Helpline on 0808 808 8000.”

Lifeline is a confidential service, where trained counsellors will listen and help immediately on the phone and follow up with other support if necessary. The helpline is available 24 hours a day, seven days a week.
You can also access the Lifeline website

Notes to editors:
1. The latest figures show that there were 318 deaths by suicide in Northern Ireland in 2015.
2. Bridge of Hope is based at 164 Duncairn Gardens, Belfast
3. Media enquiries about this press release to DoH Press Office on 028 9052 0074, or out of office hours contact to Duty Press Officer via pager number 07699 715 440 and your call will be returned. Follow us on twitter @HealthServiceNI